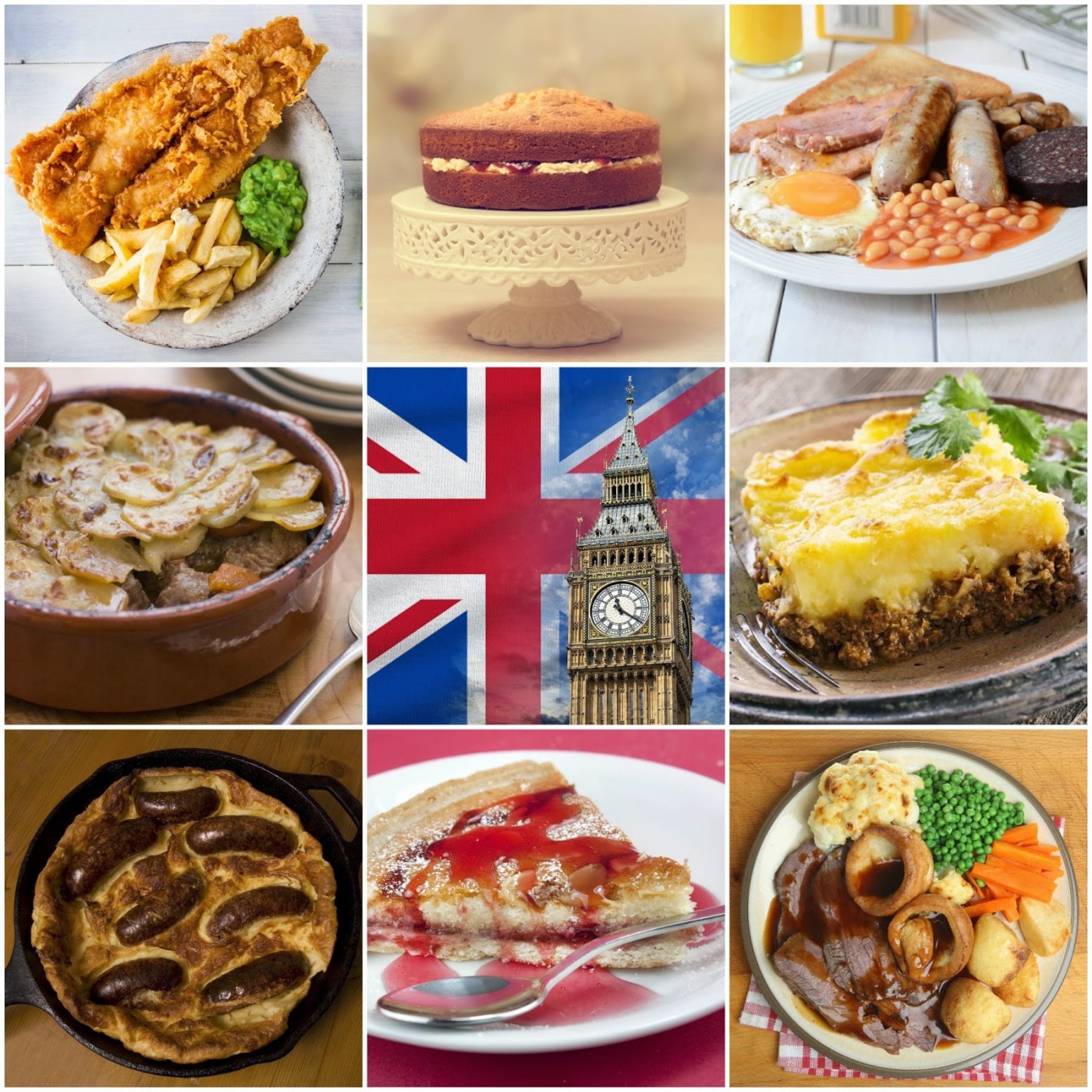 You’ve all heard of fish ‘n’ chips, roast dinners and full English fry-ups but here is a list of seven dishes from across Great Britain that you have to try if you want to really immerse yourself in the culture.

Like all the dishes in this list there are variances and twists, but the typical tikka masala dish composes of roasted, marinated chunks of chicken in a sauce made from tomatoes, cream, yogurt, garlic and spices, eaten together with steamed Basmati rice. (A full recipe can be found here.)

The origins of tikka masala are disputed, but the story goes that in the 1960s a gentleman in Glasgow, Scotland ordered a chicken curry but complained it was too dry. The Bangladeshi chef, thinking quickly, grabbed a tin of tomato soup and added it to the curry and the customer loved it. He started returning more and more to enjoy this new culinary experience and started bringing his friends and family too.

Thus, British tikka masala was born and it became one of the most popular curry dishes in the UK. And curry itself has been a part of British cuisine for hundreds of years now since Britain’s first ever curry house opened in 1810.

“Chicken Tikka Masala is now a true British national dish, not only because it is the most popular, but because it is a perfect illustration of the way Britain absorbs and adapts external influences.”

Cottage pie is made with minced beef (minced lamb for the shepherd’s pie variant) infused with Worcestershire sauce and meat stock, plus carrots, onions and green peas with a layer of mashed potato that is baked until crispy brown. (A full recipe can be found here.)

Cottage pie is an age-old meal, first mentioned by Parson Woodforde in a diary entry in 1791. The dish came about as a way of making the leftover meat from the Sunday Roast stretch out for a few more meals by cutting up the meat into small pieces and making the stock from leftover bones. Indeed, housewives would buy more than enough meat for the sunday roast with a view to making cottage or shepherd’s pie for the week after. Enjoyed in cosy and homey settings, it is a popular dish throughout Britain.

“My childhood favourite [dish] is mum’s shepherd’s pie… I remember coming home from school and going to the kitchen to help her. It’s because of her that I discovered my love for cooking.”

Welsh rarebit is a kind of fancy cheese on toast, and without a rabbit in sight! White or sour bread slices are toasted with a generous spread of sauce made from Cheddar cheese, English mustard, Worcestershire sauce and brown ale. (Full recipe here.)

Welsh rarebit entered the English language in 1725 and may originate from the 1500s with mention of caws pobi – toasted cheese. It seems that for the English to call this cheese and bread dish ‘Welsh rabbit’ was some way of making fun out of the Welsh, i.e, that these mountain rustics couldn’t afford rabbit, so had to settle for cheese. The notion that toasted cheese is a favourite dish irresistible to the Welsh has existed since the Middle Ages. Shakespeare even makes fun of this in his book of jests – A C Merie Talys – where St Peter, wanting to be rid of some annoying Welsh-folk in heaven, proclaimed loudly that toasted cheese could be had outside and when they rushed out to slaver over the savoury snack, St Peter locked them out.

Best enjoyed with: A green side-salad with some strong, brown ale.

A ploughman’s lunch is a cold dish served on a platter. At its core, it should include some crusty white bread, a hard/semi-hard cheese or two, sliced ham and pickle chutney. (Full recipe here.)

Meals of bread, cheese and beer are as old as time itself, They’ve served as inn food and packed lunches for farm-hands alike, being an important source of fats and protein. A ‘ploughman’s luncheon’ was first mentioned in 1837 in the Memoirs of the Life of Sir Walter Scott. It rose to prominence more recently, however, being promoted by first the Cheese Bureau then the Milk Marketing Board in the 1950s and ’60s, respectively, as a way to promote cheese sales after the end of rationing and promote more calcium intake. Its rising popularity from the ’70s onwards can be attributed to a British cultural revulsion for modernity and a nostalgia for an idealised national past. It is rustic, yet wholesome in the extreme.

Toad in the hole is one of those classic British dishes with a baffling name. Pork sausages are submerged in Yorkshire pudding batter and baked until crispy brown then sploshed with onion gravy. (Full recipe here.)

Toad in the hole has its origins in the 18th Century Industrial Revolution, being first recorded in 1787. Working class families couldn’t afford much meat so toad in the hole was invented as a way of padding out whatever left-over meat they had from stews, etc into a fulsome meal. And the name? Most possibly, because the sausages half-submerged in batter resemble toads waiting for prey in their burrows with their heads poking out from the earth. This hearty cuisine has stood the test of time.

“Toad-in-the-hole. Seriously, British people, who names your foods? Spotted dick? Bubble and squeak? Bangers and mash? It’s off-putting. But the recipe itself, sort of a baked pancake with sausages embedded in it, sounded really good.”

The most notable (or notorious, depending on how adventurous your palate is) item of Scottish cuisine is haggis. A proper, traditional haggis is a sheep’s stomach filled with sheep’s pluck (organ meat) minced together with oatmeal and onions then boiled for a few hours. (Full recipe here.)

There is nothing inherently Scottish, or even British, in the origins of haggis but the Scots began to identify haggis as their own in the 1600s as the ever prosperous English discarded it in favour of better quality meat dishes, and later because the English developed a contempt for their northern neighbours and associated the haggis they still ate as derisory. The Scottish, to reciprocate, embraced haggis as their own and from the 19th Century onwards, it took pride of place in Scotch cuisine.

“I love whisky and haggis. I cannot get enough of either.“

A dish from the north west county in England that is similar to a casserole. A standard Lancashire hotpot comprises a deep saucepan filled with mutton or lamb, lamb kidneys, onion, dripping (roasted meat fat) and carrots topped with a layer of sliced potatoes. It is then slow cooked over a stove. (Full recipe here.)

In Lancashire in the 1700s, textile workers would have a pot of food slowly cook over the fire whilst they span threads into yarn. And later, they continued this form of slow cooking as they moved into long-working days in factories that spared them little time to tend to cooking. It was popularised in The English Cookery Book in 1859 and became a classic pub dish across the land.

“It’s unexpectedly beautiful, for a one-pot dish, with the potatoes radiating outwards to the very edge.“