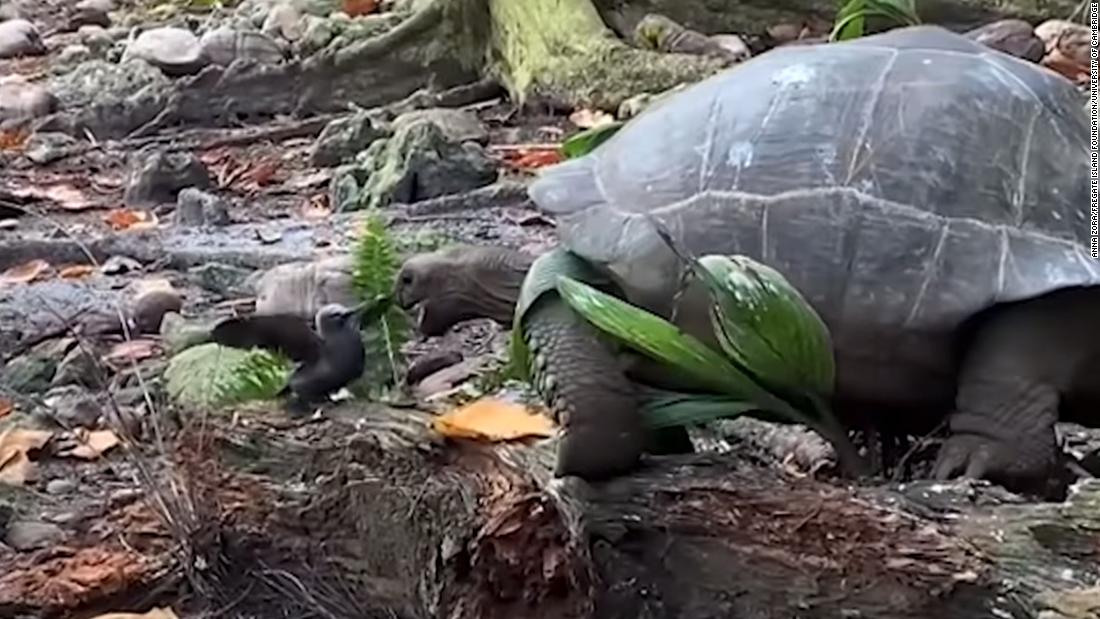 Seagulls; those ubiquitous denizens of the seaside, notorious for their incessant squawking and scavenging.

They can be pesky critters as they prefer a fish-and-chips diet so beachgoers must remain vigilant lest a gull swoops in. Seagulls otherwise prey on a wide range of creatures on both land and from the sea, including rodents.

But a rabbit? That would surely be for Gulls with eyes bigger than their stomachs.

In the clip below a Great Black-backed Gull is filmed devouring a live rabbit whole. It isn’t even a baby but is at least adolescent – a third of the bird’s size.

The endless, monotonous diet of grass got too much for one cow in Australia. With the deceptively cute name of Ginger, it seems she developed a bloodlust. Her confused owner caught her chomping on a small snake like a string of spaghetti, below.

This bizarre dietary perversion is explained as when a herbivore doesn’t get enough protein in their diet, they’ll seldom snack on a snake to compensate.

This one is outrageous. On the Seychelles, a conservationist recorded something unknown for a tortoise to do. Although small dead animals make up a tortoise’s diet, the clip below shows one of these lumbering homesteads on legs stalk a chick for seven minutes before killing it. The bird was too young and dumb to fly or hop away.

What is so unique about this is how the turtle runs down its prey. And a bird of all things!

At Chester Zoo in England, a monkey acted out a parody of a famous film scene. In King Kong the great ape scales a Manhattan skyscraper to snatch at encircling biplane fighters, spectacularly destroying one in the process.

Visitors to the zoo captured evocative footage of a monkey clutching a hapless gull it had apparently plucked out of the sky then brutally smash it senseless. It is reported the crazed primate then gorged on the still living bird’s innards, licking the blood from its fingers as it went.

Brace yourselves, arachnophobes. Below are pictures of a giant Golder Orb Weaver scuttling over an entangled Chestnut-breasted Mannikin before it plunges its fangs into the hapless bird.

It is the stuff of nightmares for some. The pictures were taken ‘Down Under’.

And in this clip below, the world’s largest web-making spider caught not one but two Finches and consumed them both before planting eggsacks in their chest cavities (shudder).