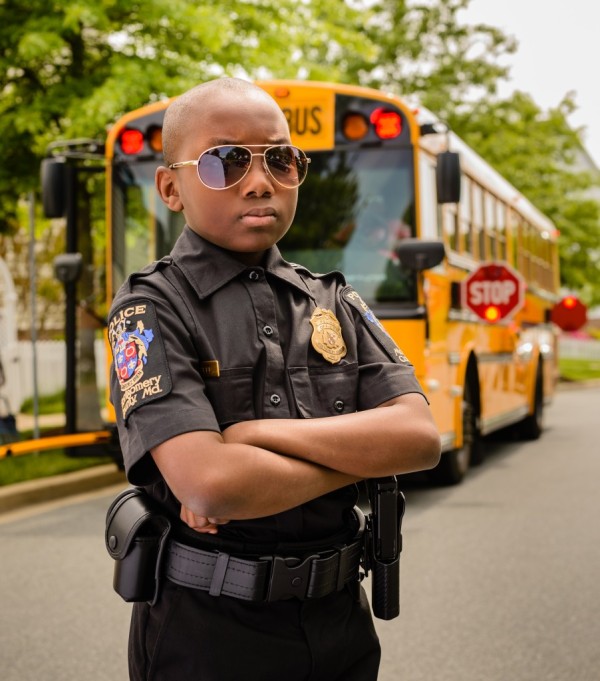 The embarrassing episode for the Chicago Police Dept. when they discovered a teenager had managed to get hold of a uniform and go under cover as a cop. Find out what duties he performed during his ‘shift’ and try to figure out how he slipped through the net.

It was just past lunchtime and a young lad named Vincent Richardson, who stood at 5ft 3in (1.6m) tall, felt a tingle in his belly which he could not decide was down to nerves or excitement; it was his first day on the job. He did not let his nerves show though as he walked up to the rear entrance of a Chicago P.D. Grand Crossing District station.

He told an officer smoking by the entrance that it was his first day and could he enter the security code on the lock? The officer obliged and he slid in.

He approached the Sergeant’s Office to report for duty. The sergeant glanced up at the small-statured officer before him and noted his watchful brown eyes and coat collar turned up against the January cold.

Officer Richardson signed out a ticket book and radio, was assigned a partner, and began his first day on the beat.

For six hours that afternoon Richardson attended five traffic accidents and used the squad car’s computer to check license plates. It’s alleged he also took the wheel of the police car and may have helped handcuff a suspect.

His ruse was discovered by a supervisor who noticed Richardson was missing his badge, gun and a newspaper in place of a ballistic vest in his vest carrier.

To their great consternation Richardson was discovered to be just a 14-year-old high school kid. For the stunt, Richardson was placed on juvenile probation.

But he clearly got a taste for the uniform; amazingly he was caught impersonating a police officer again in 2013 and 2015. For the most recent felony he was sentenced to 18 months in prison. 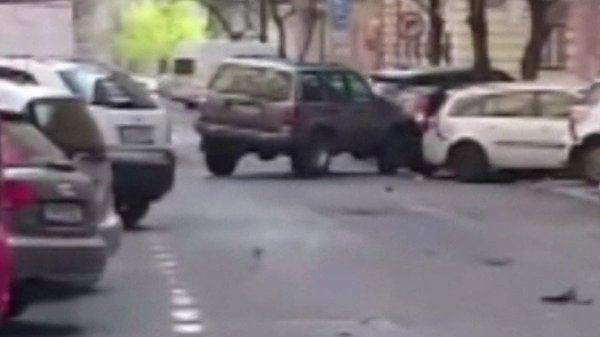 Although you expect police officers to be pillars of the community, they’re not all perfect. Some are occasionally corrupt, but disorderly and out of control? Never! That is until one day Officer Kadlec of Prague City Police Dept. decided to have a few drinks and get his fifteen minutes of fame. Find out the chaos he caused.

Prague’s Vinohrady neighbourhood, Cz Rep: One Spring afternoon, above the gentle hubbub of city life, a loud noise broke the city’s normal calm indicating the chaos which had broken out in some quarter near; the blare of dozens of car alarms echoed down Vinohrady’s elegant, tree-lined avenues of fine, old, Austro-Hungarian terraces. The distant wail of sirens soon chimed in.

On Šumavská street a drunk and dishevelled out-of-uniform police instructor named Karel Kadlec was handcuffed and led away from the trail of carnage he’d just caused which disgraced his name and dealt a serious dent to his career in the process.

Wrecked automobiles on both sides of the street lay at odd angles and glass and bits of vehicle body parts littered the road; Kadlec had gotten boozed up and careered his SUV down the street, smashing and ramming as he went, to damage a total 51 vehicles. He caused over 2,000,000Kč (£70,000 in 2020) worth of damage but thankfully no casualties.

So what caused this cop to go haywire? Shamefully enough, he was actually on leave at the time due to a drink-driving accident the previous year, and on that occasion, he was caught driving without insurance too.

Kadlek had told reporters after that: “This is something I’d never like to experience again.”

Just months later however he realised his career was about to come to an ignominious end, so he went out with a bang.

It was the day before Kadlec was due to face a disciplinary tribunal that Kadlec went berserk, yet after, he apologised for what he had done.

It didn’t save his career, however, his bosses had no choice than to fire him. Rumours are that his next job was a security guard, at a carpark. 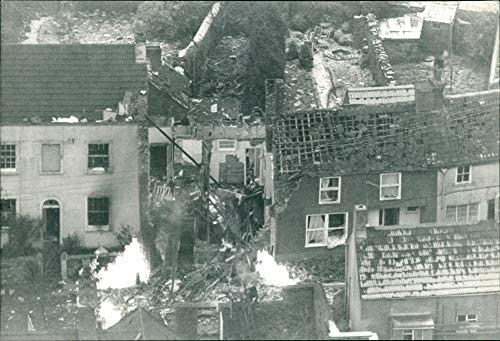 When the nose knows you’d better take notice; that was certainly the case for Police Constable Nick Shaw in the wee hours of the 9th of January, 1987. It was because of this policeman’s sense of smell and quick thinking that the worst ever disaster to befall a locale of Gloucestershire, UK, was narrowly avoided.

It had just gone 3 am and along Wickwar village’s long, wide thoroughfare, with its fine houses which line it, all was still save the prowling of a cat or two among the shadows cast by the street lighting.

And it was almost silent, as one would expect… save for an unusual hissing noise.

Another noise chimed in; the low growl of an engine as a car was driven up the street then around to the rear of one of the homes.

Having finished a late night game of backgammon Nick Shaw arrived back home and could feel the weight of his eyelids. He was now more than ready to slip into his warm bed.

Once through the back door he began to remove his coat yet something made him pause, ears pricked.

Shaw could detect a queer, muffled popping noise which he described later as the sound of “neighbours falling out of bed.”

Then a more alarming sensation hit him; the strong, unmistakable whiff of gas filled his nostrils. This was most strange, especially as his house was all-electric. Now wide awake the policeman went to investigate.

Opening his front door the stench of gas and a sound of hissing emanating from the road surface confirmed his worst fears. A gas mains ran under the length of Wickwar’s broad, main roadway and it had ruptured.

Now, gas was filling the street and could explode at any moment. Shaw stayed cool but the enormity of the situation hit him. He knew he had to act bloody fast.

He first rang 999 (911 in America) then raced up his stairs to rouse his young wife out of bed. Throwing a blanket over her shoulders he briskly sent her down the street to safety. Shaw knew he was in a desperate race against time to get his neighbours out of their homes before half the street went up in flames.

So, dashing from door to door Shaw woke his neighbours and they responded awfully well, with the kind of good humoured ‘keep calm and carry on’ spirit which has always served the British in times of emergency. Almost 40 villagers, without even time to change out of their night-clothes, were evacuated into the social club.

At 5.52am, just 30 minutes after everyone nearby was evacuated, came a massive blast which shook the village and was heard three miles away. It blew a crater in the road and great tongues of fire spewed upwards to the height of the bedroom windows.

PC Shaw’s very own home took the full brunt of the explosion, destroying it and everything he and his wife owned. 13 surrounding homes were also wrecked. Yet there were no serious casualties and, for that, PC Nick Shaw was hailed a hero by his grateful community.

In the aftermath the fracturing of the cast iron gas pipe was blamed on too many heavy goods vehicles passing over it.

Shaw is still revered in Wickwar, even today. He retired from the Police Force in 2013.